HONOUR MY LIFE – Week One Update 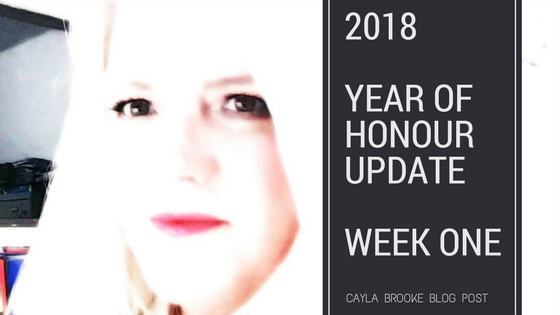 I have declared 2018 to be my year of HONOUR. I love to give a word to my year instead of a host of resolutions. There is little room for failure if you try to apply a word to your life on a consistent basis. My focus is going to be on my health, but I will not give up on my dreams, hopes and aspirations and other areas of my life. Last year was a one-sided year with all my focus centred on recording Plush Red Chair. It was necessary to get the job done. This year is different and I can spread my focus to other areas of my life and still keep my dreams alive. That's the plan anyway.

Week one was all about finding my way. Focusing on my health I did some things that I had been putting off for a long time – like a mammogram. I had one. (clean bill of health). I’m ashamed to say it was my first mammogram. The reason? I was afraid. So many women had told me it hurt. A lot. Told me they squished you like a pancake. Told me they were awful. Barbaric. Women need to stop saying such things to each other. Here’s what I learned.

Regular mammograms are now on my schedule. They are no big deal. If you’ve been putting them off, don’t. 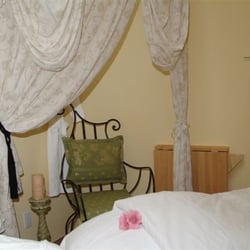 Next, I went to a Naturopath to discuss a plan for me. She discussed monthly massage (ye-haw), a change in diet (I was a vegetarian) and upping my exercise routine. Well, of course, I jumped into the massage right away. That’s easy and wonderful. I checked in with the lovely Alanna from Avalon Spa & Wellness. The same wonderful massage therapist who introduced me to Eva Cassidy. The same massage therapist that’s mentioned in the show I wrote about the singer. Of course, after catching up, she said ‘Cayla! Have you ever heard the singer ____?’ “Alanna! Last time you mentioned a singer I ended up writing a show. Are you sure you should do this?” she laughed and said, “Oh, she’d make a great show!” The singer is Blossom Dearie. We listened to I'm Hip and of course, I saw the beginnings of a show. ALANNA!!!!

The massage felt great, and for the first hour after I felt amazing. And then the pain started. And I’ve been sore ever since. Daily headaches (but that could be diet related as well) and I’ve had a hard time sleeping. I have another appointment this week. I remember last time it was the same. I know things will improve. I’m not giving up.

The Doctor suggested a change in diet. I had blood tests last summer that scared me a little. I saw I was on a path to a heart attack. So I changed my diet to a vegetarian one and I liked it. It took a while for me to figure it all out. But, I enjoyed the new way of eating and to be frank, I liked the fact that an animal wasn’t dying every time I went to have a meal. Turns out it was not the greatest decision for me. I’m pre-diabetic. Not wanting to become diabetic. I had gestational diabetes with my pregnancies and was on two needles a day. I do not want to go back there. I enjoyed eating a healthy vegetarian diet but I continued to gain weight. My body still felt inflamed. Which is the reason for me focusing on my health now. I couldn’t figure it out on my own. Enter a Ketone diet. A fancy way of saying low carb. All those chickpeas and black beans. All the vegetables. Mass amounts of vegetables. All the grains. They were wreaking havoc on my body. You see, my system turns carbs into sugar. Sugar turns to fat. Enter more inflammation. No wonder I’m having such a hard time. So, I’m back to being a meat eater. Caveat, I know I could do a ketone diet and remain vegetarian. But the thought of protein shakes and salad for my meals for months on end doesn’t appeal to me, nor would I sustain it. So meat is now back in my life.

I’ve been eating meat for a week now. Leafy greens. A few other vegetables. No fruit. No alcohol. A bit of dairy. Lots of good fat and water, water, water. The result? More headaches. And I was hungry. Craving carbs no doubt. But, on day seven the headaches stopped and my interest in food has waned. Which is sad, because I love food. I’m a self-proclaimed foodie after all. But I’m glad for the shift. I feel a bit lighter. I’m not weighing myself as my focus is on my health, not a number on the scale. I'd like to keep it that way. When I feel good I’m going to stop and work on maintenance and incorporating more carbs into my diet. It’s as simple as that. 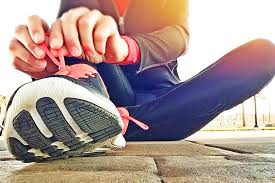 Next up was exercise. Let’s face it – with the headaches and soreness, I wasn’t eager to jump into that realm. This is where having a word and not resolutions triumphs. My 2018 word is HONOUR. And the way to honour myself is to listen to what my body is telling me. My body was going through enough at the moment. So I kept things simple, but still progressive. I went for some walks. I went to the rec centre and signed up for a yearly pass. I went to the gym once and did the treadmill like old times. But that’s about it. This week, my plan is to up my game. We’ll see how I fare.

So that’s my week focusing on my health. Baby steps. I'm a little worse for wear. I’ve shaken things up. That’s OK. We all need a good shake up every once in a while. It keeps things interesting.

My week wasn't all changes. I had some fun too. I went to see the play Misery with my man and some friends. What a lot of creepy fun! I saw the show and thought "I miss acting." I can't do everything though. But I do miss acting... a lot.

And I prepared a new Samsung Galaxy Video - this time I did one of my own songs. "Divalicious!". I had fun. It's my first attempt at editing clips. It's still a straight run through of the song recorded on my smartphone, those are the rules after all. I've incorporated clips into this video though. It took forever to put together. But I had fun. Here it is.