The Day My Past and Present Met at a Funeral 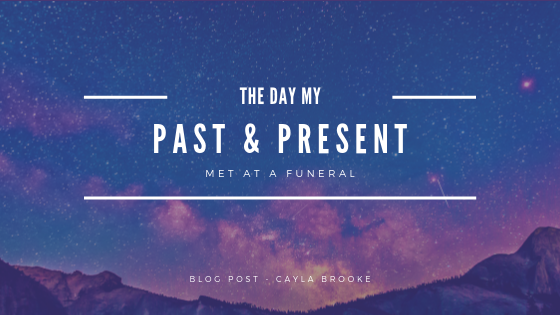 Last week I attended the funeral of a friend who passed away from a sudden heart attack. It was sobering, to say the least. Most of us in attendance were gobsmacked. Michael’s death touched us all in a profound way.

Funerals can have a perk though. Is it OK to say that? It seems that the last few memorials I’ve been to I see friends I haven’t seen in years. Sometimes we rekindle the friendship which is wonderful. The memorial last week was such an event.

I met some highs school friends whom I haven’t seen in years. We booked coffee dates with promises to catch-up. It was a good. Michael would have liked it. He was good at nurturing friendships.

But the best part of the funeral was seeing my high school music teacher (DS). He recognized me right away even though I was 40 years older. I gave him a big hug and said, “I think of you often.” We chatted for a while, and then I had to end the conversation as I needed to get to a bathroom. The Eulogy was a tad long and I had been drinking water. Nature called. Actually, Nature was screaming at me. While in the washroom I thought “I should get a picture of me and (DS)!”

This may not be a popular statement, because it's polite to honour all teachers. But the fact of the matter is not all teachers are great. Most are mediocre. Some of them are downright awful and shouldn’t be near a child. Every once in a while though, a special one comes along. A teacher that makes a real difference in a student’s life. I had one. Only one. And I bumped into him at Michael's funeral.

When I left the washroom I saw my old school pal Colleen. Whoa! Flashback! We hugged. Talked for a while. I said. I saw DS! “What?”, she responded. “I think about him all the time. I need to get a picture with him.” No kidding. We both had the same response. Colleen remembered him for basketball. I remembered him for music.

DS pushed me musically. But not only that. He was kind. Encouraging. Funny as all get out. His students would do anything for him. I would have done anything for him. In a life ‘fraught with drama’ as I like to say in a proper British accent, DS stands out as a bright moment. He believed in me when no one else did. I don’t think I’ve ever heard someone say anything negative about him. Ever. He was that kind of teacher.

And he is still teaching even though he could retire. He says it keeps him young and he loves the kids.

He was only 12 years older than me when I was his student. Yet he had so much wisdom for a young man. So much natural teaching talent. The students he teaches now are very lucky. He’s a gem of a man.

We had a chance to chat more and I told him how much he meant to me. How much his kindness and encouragement had helped. I was a screwed-up kid but he saw through it. He saw me. Not just my talent. Me. But he loved my talent and encouraged it to grow. To blossom.

He told me he would throw something new at me to see how I would react. I’d go home and figure it out and he’d think “Wow. She did that. What else I can give her.” And then he’d come up with a new challenge for me. And I’d run home and figure things out. He stretched my limits. And because I wanted to please him I grew.

I know that without DS as a teacher I wouldn’t be singing today. I wouldn’t be willing to try new things. He is the one who started it all. 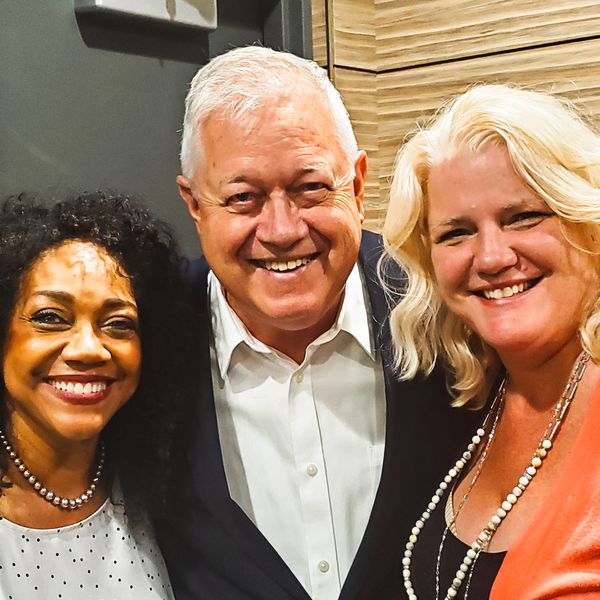 Of course, I got the picture. With Colleen to boot!

How do you thank someone who has had that much of an impact on your life? You can't really. You write a blog.

So to all the teachers who give it their all. Who encourage their students. Who look past their families and upbringing and see the real person. Who sees their potential when no one else does. Who figures out how to nurture that talent. To you, I want to say “Bless you. Bless you. Bless you. The world needs more of you.”